Fate⁄EXTRA Last Encore ED consists of mostly panning across beautiful stills with special particle effects, but they are stills after all. In addition, even though the vocals are acceptable, the music gets very noisy. However, the first 19 seconds of the ED was wonderfully executed. Full OP Youtube link. 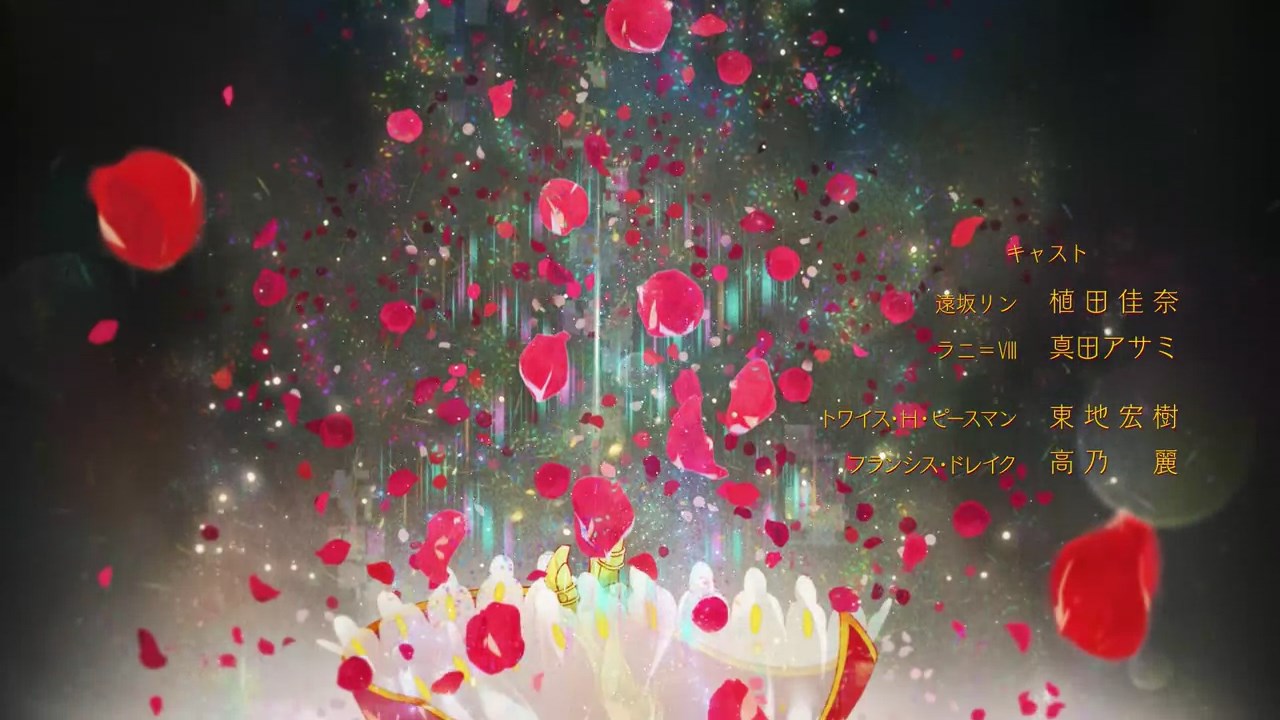 We see bubbles and the animation starts panning down, past many flower petals, and the rising bubbles indicate that this is an underwater scene. As the animation pans down further, and we see what appears to be a flower in the foreground.

As the ‘flower’ comes into full view, we realize that it is in fact, the protagonist, Saber, in an upside down pose. In this scene, she appears to be diving into the water, although her dress does defy water resistance.

We can see that Saber was purposefully drawn to resemble a flower, and the diving scene was chosen to allow her to be depicted upside-down. The surrounding rose petals anchor our thoughts to encourage us to see Saber as a flower. Saber’s dress and stance are also arranged to mimic a flower, with her dress spread widely to look like petals, and her legs are lined up together to appear as the stigma. Her dress is also slightly modified from the original source to resemble more closely to a flower, with the more prominent dress hems. The portrayal of Saber as a flower was brilliant in its execution.

It is also meaningful to portray her as a flower, as there are many instances in history and language where women are referenced as flowers, such as flower maiden, fair flower, etc. In addition, Saber is linked to roses, which firstly matches her red clothing, and secondly, roses symbolize passion, courage and power, which can be seen in the actions and personality of Saber in the show.

As a sidenote, there is a scene at the end which was vague in what it was depicting, perhaps looking up from a valley?

Collage of the panning up in this scene