Hidamari Sketch Hoshimittsu is the third season in its series. In addition to the main cast of 4 characters, in this season, 2 new characters join the cast to fill up all 6 places in the Hidamari apartments. Hidamari Sketch Hoshimittsu is animated by studio Shaft, who is known for their artistic creativity. In this ED, we will see studio Shaft putting their talents to work. 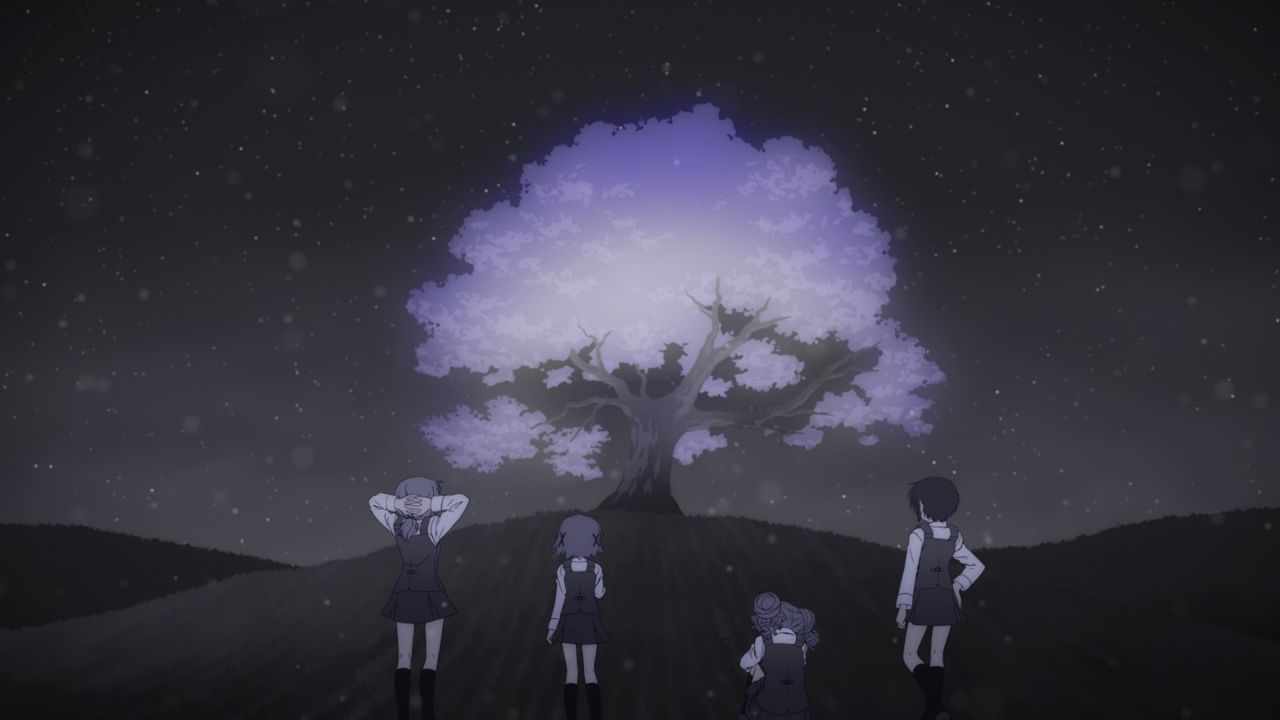 The first half of the ED is cloaked with an unsaturated palette, symbolizing the winter atmosphere, as well as the uncertainty and loneliness that the two new characters face as they move away from their family home into the Hidamari apartments and start their high school life. The ED starts of with our original cast of four characters, looking at the cherry blossom, as if they were awaiting the coming of spring. 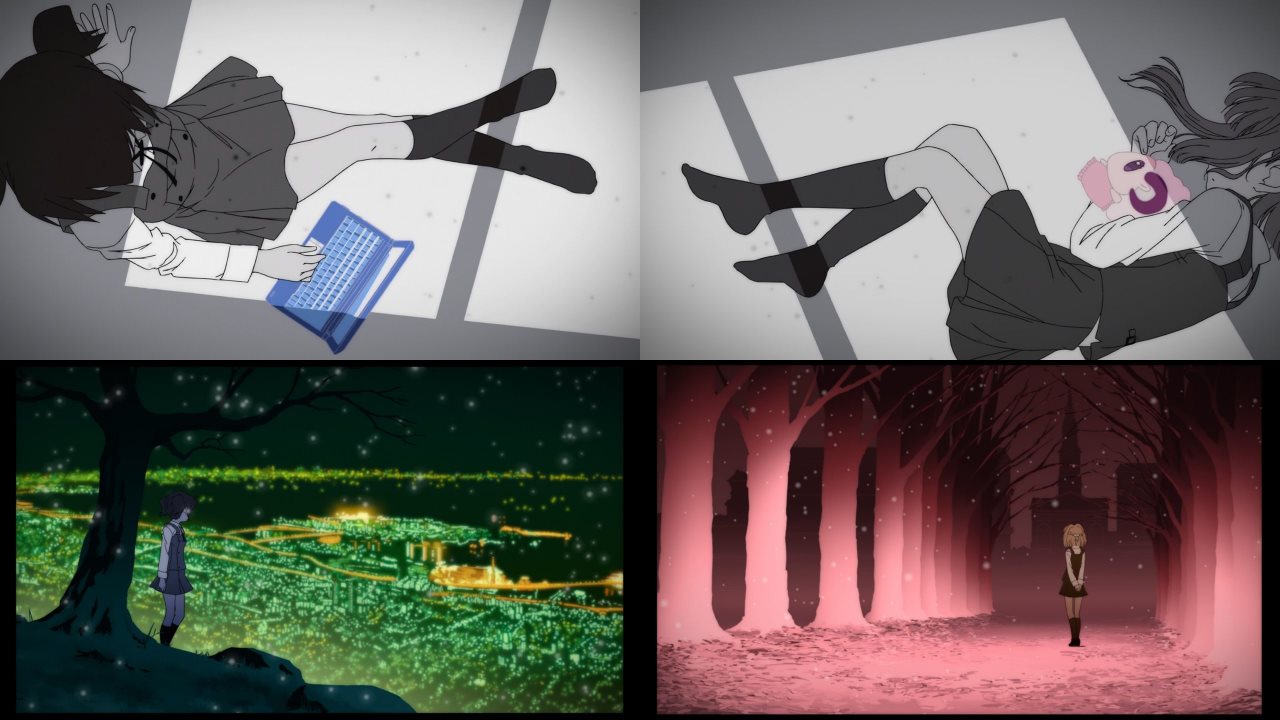 In this section, Shaft chose to introduce the two new girls with a symbolic representation of them. Nori is symbolized as the tech girl with her laptop, and she looks down towards the busy city skyline. On the other hand, Nazuna is symbolized as the innocent girl, hugging a fluffy soft toy, as well as standing within an idyllic and artistic scenary.

After the introduction of the characters, the ED pulls off a brilliant depiction of a change in season. The snowflake transforms into a sakura petal, symbolizing the transitioning of winter to spring, as the snow melts away and the sakura trees bloom.

We see the desaturation of the ED dissolve away and the scene turns to full vibrancy. This transition also symbolizes the two new girls’ initial apprehensiveness about moving into a new place. But through this season, they get to know the original cast and become good friends with them and their worries quickly melt away. 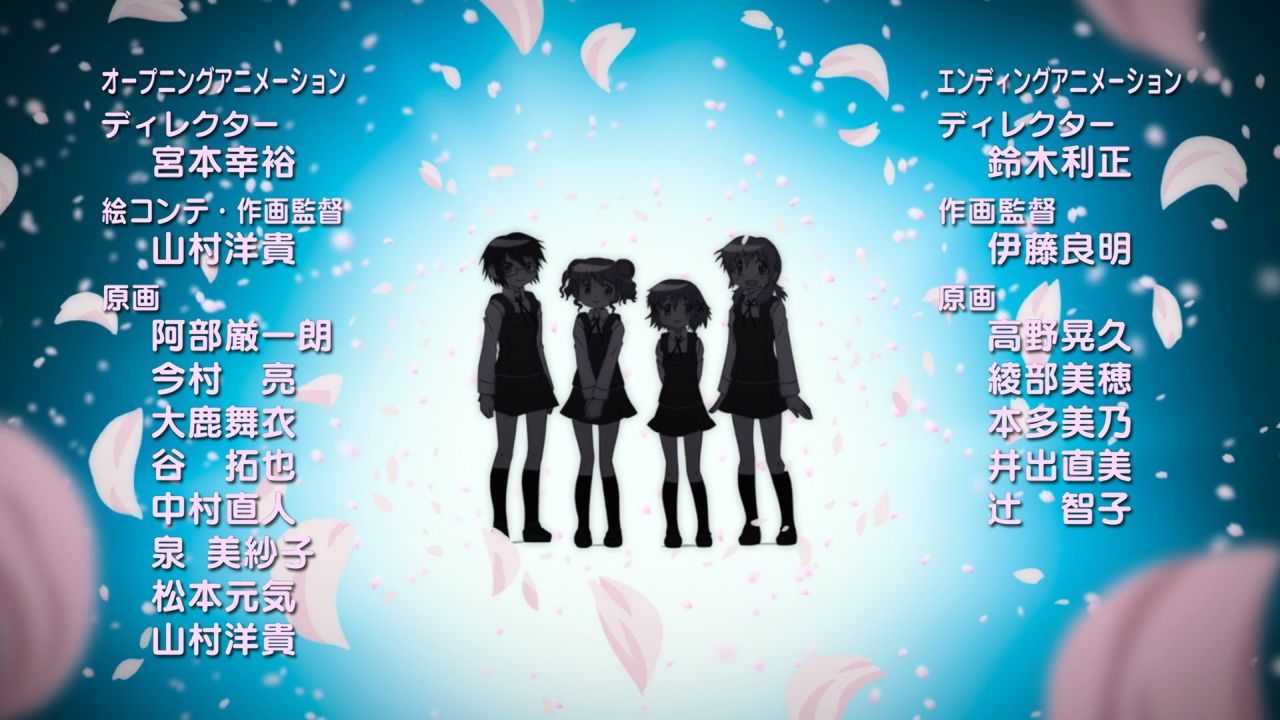 Nori and Nazuna are placed in a scene with a lot of empty space to induce a sense of loneliness as compared to the warmer framing of the original four.

Finally, we see Yuno reaching out both her hands to Nori and Nazuna as the ED song perfectly synchronizes with a momentary pause.

And it closes off with a final scene of the two new girls welcomed into the family of Hidamari Apartments. 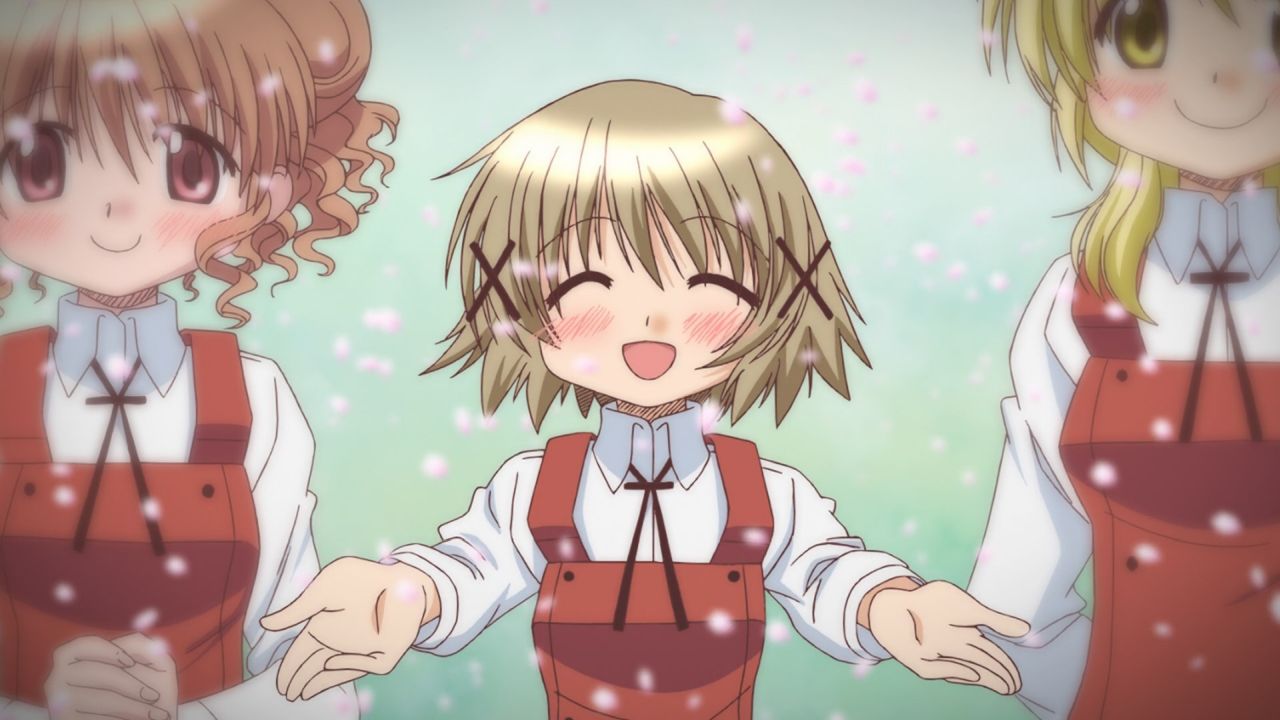 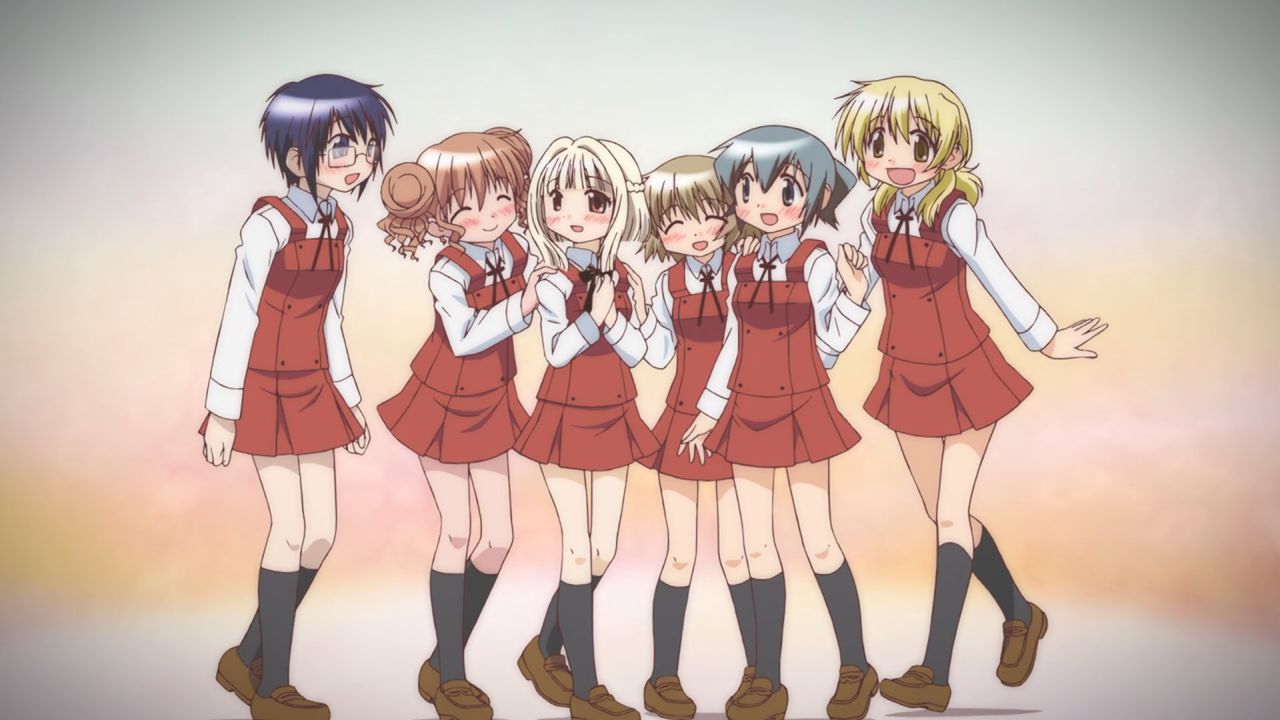