Bakemonogatari has unique openings for each of its characters, and the 5th opening is for Tsubasa Cat arc. It is sung in character by Hanekawa Tsubasa, featuring Horie Yui, which is always a plus to me because it adds character familiarity to the opening. Video is available on youtube link. 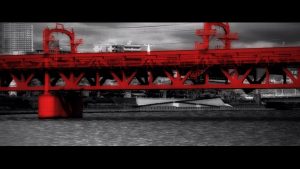 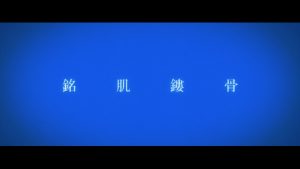 Right off the bat, we see that studio Shaft has opted to include real life photography into the animation, with monochrome effect to better blend in animation and photography. The music and animation is highly synchronized, and not only do the scenes cut in rhythm with the beat of the music, but Shaft has also incorporated the flashing screen of words that is uniquely used in the show itself. This alignment of themes make the opening much more relevant to the show.

What makes this opening outstanding is the story it tells and the way it does it. To recap, in the show, Hanekawa is under a lot of stress, especially from her home. The stress builds up and manifests in the form of a cat spirit, which takes over control of her and performs bad acts. 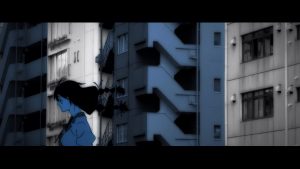 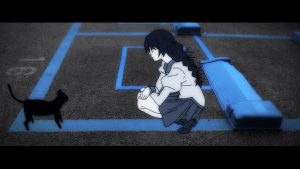 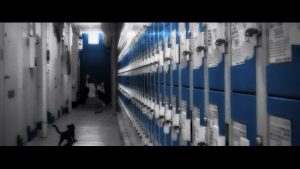 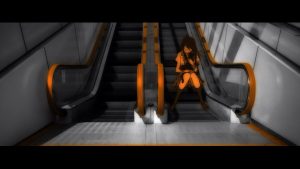 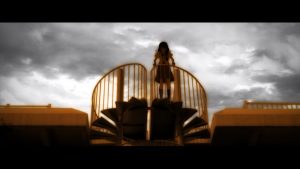 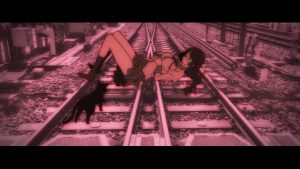 In the opening, we see a gradual progression of her leaving her home, meeting the cat, attempting to escape from cat, embracing the cat and finally carrying out a self-destructive act. There is also a great use of monochromatic colors in the scenes, blue, orange, red, which represents safe, caution and danger respectively. Hanekawa was safe up till the moment she started embracing the cat, which finally lead to dangerous situations in the end. This use of color is also applied to the rest of the opening, for example, in the first scene where Hanekawa is standing at the edge, the bridge is colored red.

The next sequence is Hanekawa attempting to run from the cat. I dislike the common trope of running in openings, because it is commonly used as an effort-efficient way to depict action with as few frames as possible. However, this running sequence is different because Shaft has animated Hanekawa briefly looking back before desperately continuing to escape.

I loved how the action switches rapidly between the cat chasing and Hanekawa running, which aligns with the fast beat of the music. This effect raises the tension and makes the viewer feel the panic of the escape. The cat is also colored blue at the beginning, and then yellow later on to symbolize the cat catching up to Hanekawa. 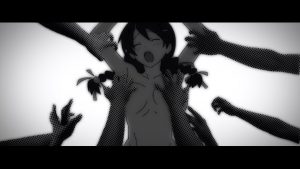 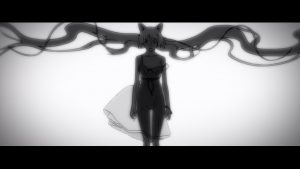 We then see Hanekawa being caught by multiple disembodied hands. This signifies that she is being manipulated and trapped by multiple people, which is causing her suffering. This cuts to her cat form, which is a result of this stress.

In conclusion, aside from the overall great combination of both action and music, I loved how Shaft included the unique styles of the show into the opening, and the way it tells Hanekawa’s story with single shots and colors.