Non Non Biyori: Nonstop’s last episode was a masterpiece, tying up the overall series perfectly. It started off with a graduation ceremony, which aligns with the feel of a last episode. Next, we have a scene which brought together the majority of the cast enjoying a simple activity, which exemplifies the roots of this show and its theme of iyashikei. Then, a mildly dramatic scene, followed by a important interaction with the born baby explained further below. Finally, it ends with the cast, newly joined by Shiori, as well as a montage of the other characters in their daily life. 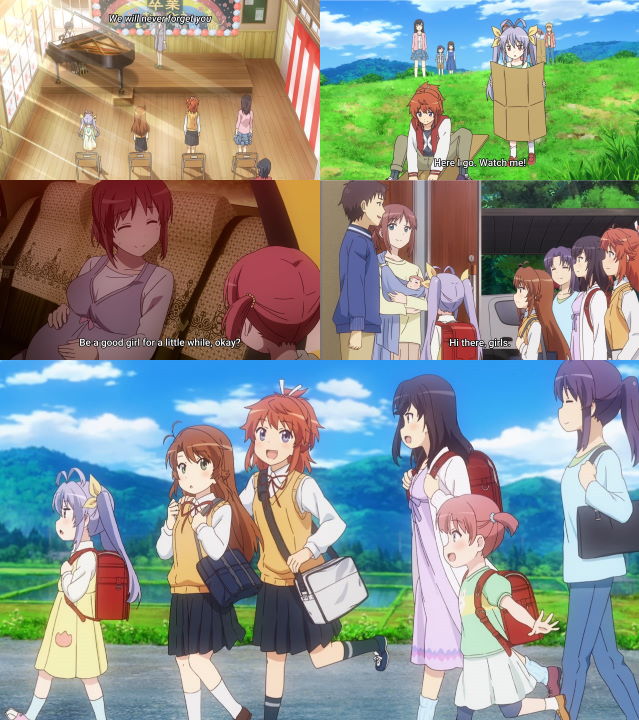 The last episode emphasizes the theme of life in its transience. Time always moves forward, and everything must come to an end. But with every end comes a new beginning. Just like how winter marks the end of the year, which is immediately followed by spring and the beginning of a new year.

It is sad that the brother graduates and will no longer attend school with the rest, but at the same time, Shiori joins them as a first year elementary school student.

The baby scene is the perfect capstone to the series. We know that the cast will eventually, one by one, leave the school. However as the scene shows, there will be new babies born, and they will join the younger members of the cast. 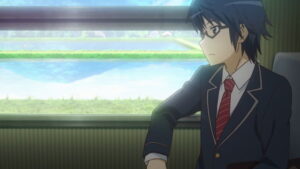 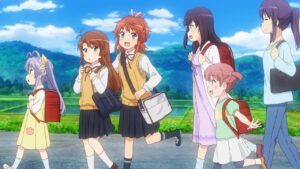 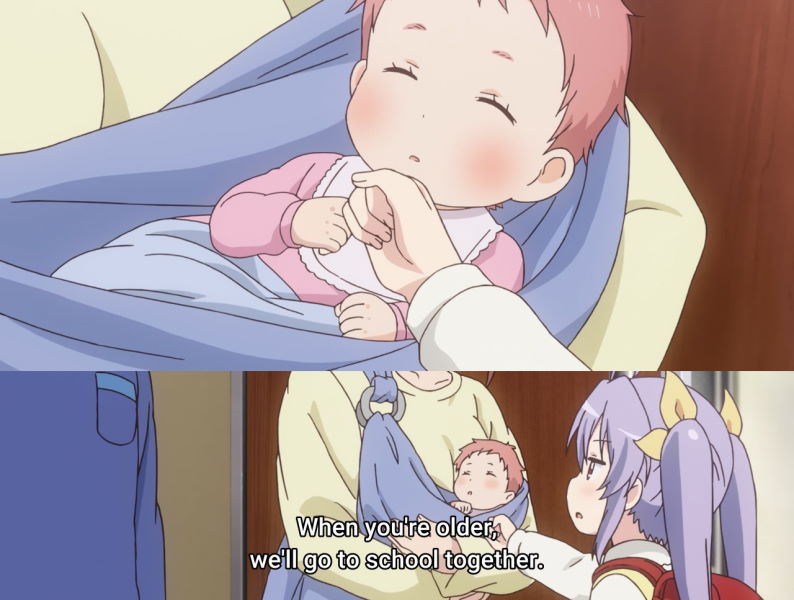 There is a common joke of “Nonstop” being part of the series name, but the series only having a set number of 12 episodes, so it actually does end. With the understanding of the themes explained above, a different way to interpret the word “Nonstop” is that this series may end, but the beginning of a new show/story is right around the corner. The content may be different, but the feelings stay the same, and that’s what will be continuous and nonstop.

Although the word “Nonstop” might suggest that what we experience is unending, unchanging and possibly monotonous, Renge remarks that each cycle has slight differences, and we can enjoy the variations that we experience. 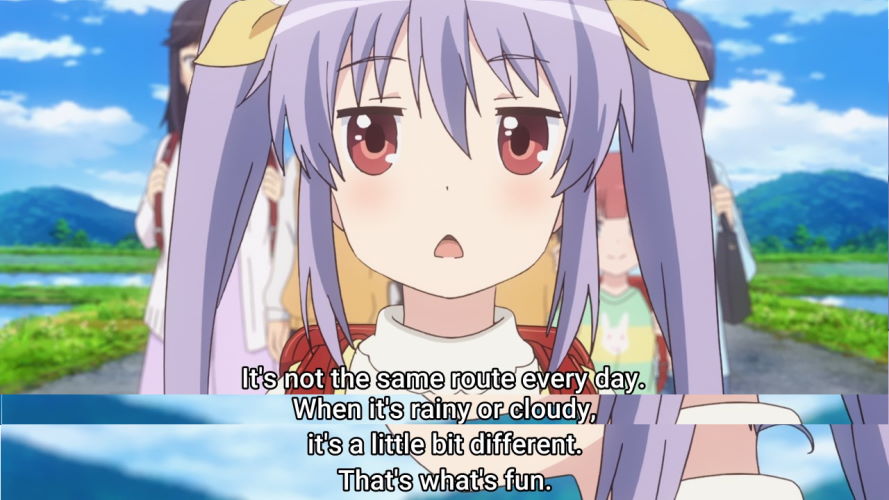 Hotaru looking over at Komari during the singing of the graduation song. She’s reminded that she will be doing the same thing for Komari next year, and has complex feelings about it. 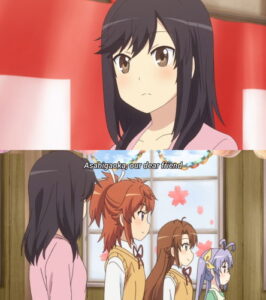 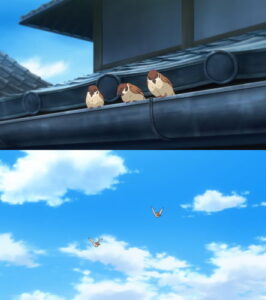 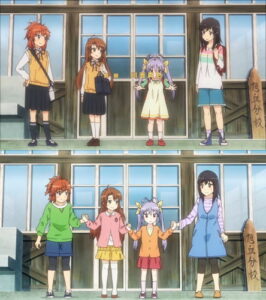 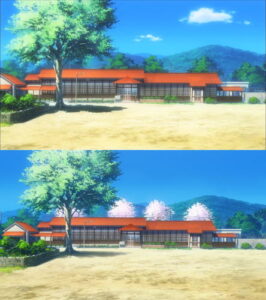